The CEV Tokyo Volleyball European Qualification 2020 – Men is the very last stage of the Olympic qualification process. Italy, Poland and Russia secured their spots in the Volleyball tournament of the XXXII Olympiad by topping the charts of the intercontinental qualifiers they hosted in the summer of 2019 in Bari, Gdansk and St. Petersburg. Other teams already qualified for Tokyo 2020 are hosts Japan as well as Argentina, Brazil and United States.

The top eight teams from the European Ranking released after completion of EuroVolley 2019 are eligible to contest the CEV continental Olympic qualifier. These feature in two Pools, A and B, with hosts Germany as the head of Pool A and all remaining teams seeded as per their ranking and the serpentine system. After completion of a single round robin in each pool, the top two teams will play crossed semis, followed by a winner-takes-it-all final, where a much-coveted ticket to the Tokyo 2020 Olympics will be at stake.

A continental Olympic qualifier returns to Berlin after a similar event held there in January 2016. At that time, Russia secured the only ticket available to Rio 2016, while France and Poland continued their journey at an intercontinental event in Japan where they eventually qualified for the Games in Brazil. However, this time there is no ‘second chance’ and only the winners of the tournament will fulfil their Olympic dream. 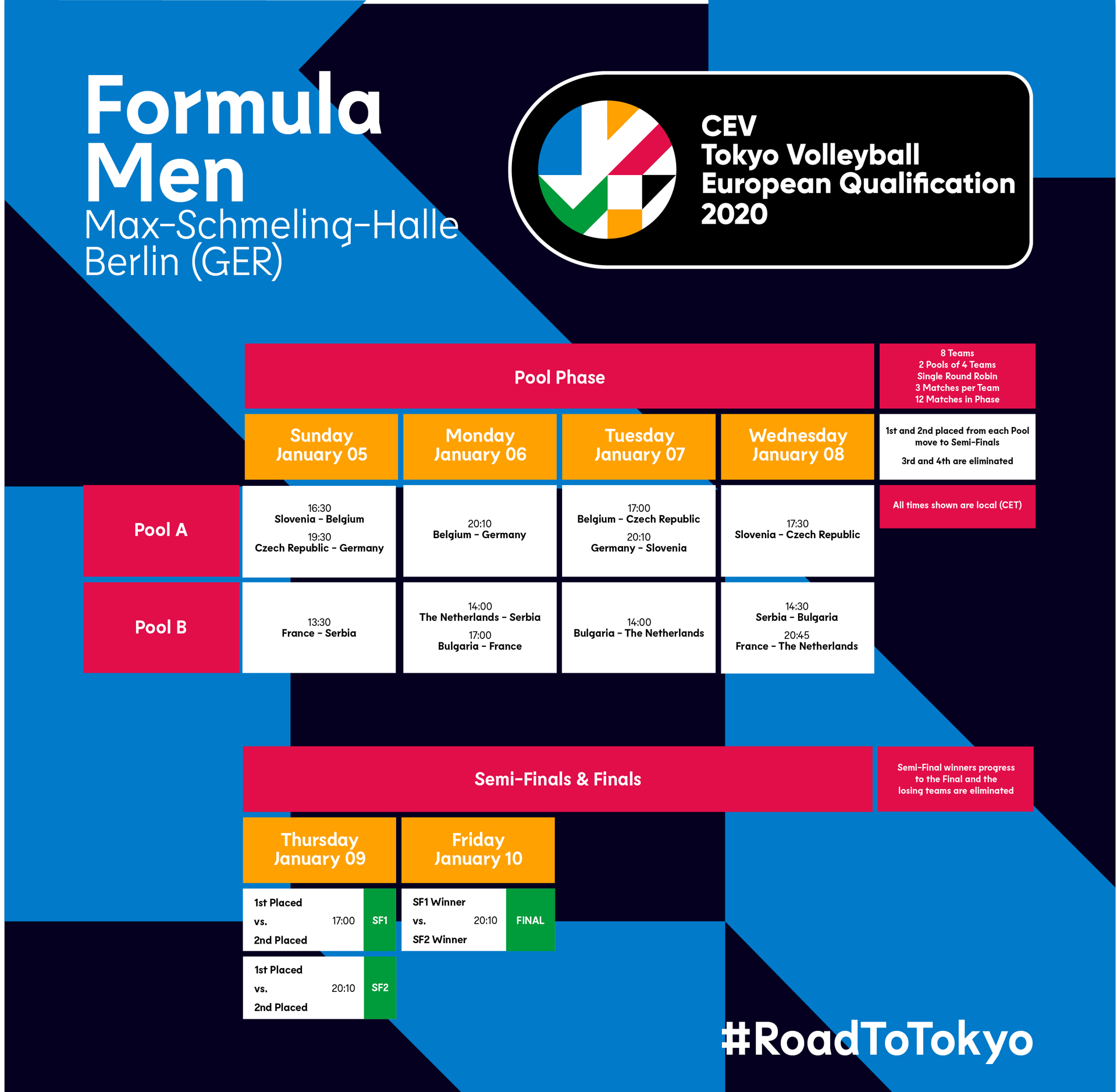 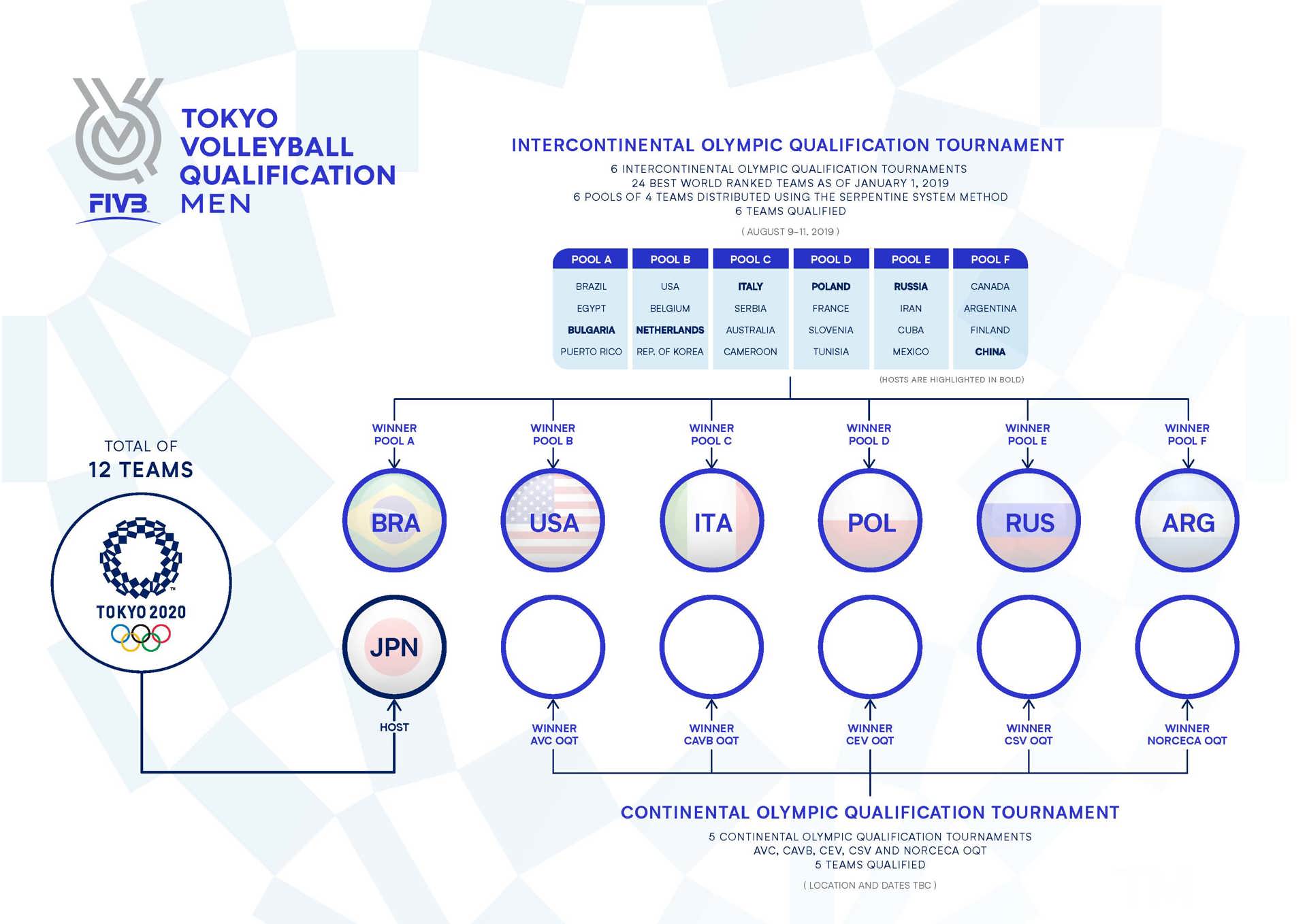