Over the six competition days between January 5 and 10, 2020, 15 exciting matches were played between top-level European teams to determine the last representative of the continent at the men’s Volleyball tournament at the Tokyo 2020 Summer Olympic Games. France emerged as the winners of this CEV continental qualification tournament in Berlin to join Europe’s Italy, Poland and Russia as well as eight other national teams from other continents in the race for the sport’s most prestigious honours. 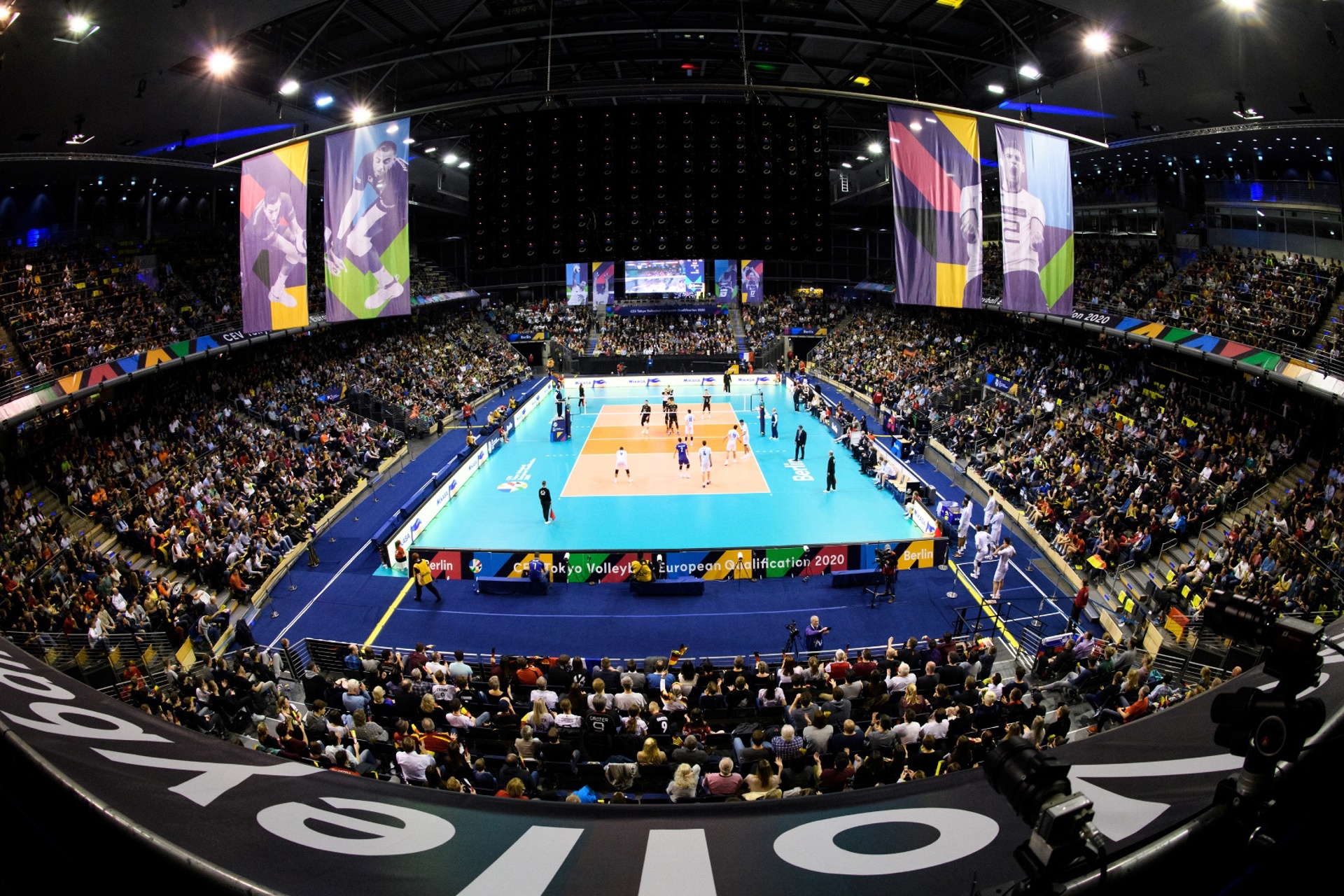 Packed Max-Schmeling-Halle stands during the final

A total of 36,095 spectators flocked to the stands of the Max-Schmeling-Halle in the German capital to enjoy the matches and cheer on their favourites. The games of the home team were, of course, the most attended ones with the final between Germany and France attracting as many as 6,577 fans. The hosts’ semifinal with Bulgaria is next on that chart with 4,288 spectators, followed by Germany’s opening match with Czech Republic with 4,129.

The Pool A game between Germany and Slovenia lasted two hours and 18 minutes and became the longest one of the tournament, offering a spectacle of as many as 228 rallies, with the Slovenians winning 116 of them to set the record. In the same pool and on the same day, just before that, another match, between Belgium and Czech Republic, lasted 228 rallies as well, but the clocks were stopped a minute earlier – at two hours and 17 minutes. The match between Germany and Slovenia also offered the longest set of the tournament. The first set of that match featured 66 rallies over 44 minutes of time and was won by the home team by 34-32. 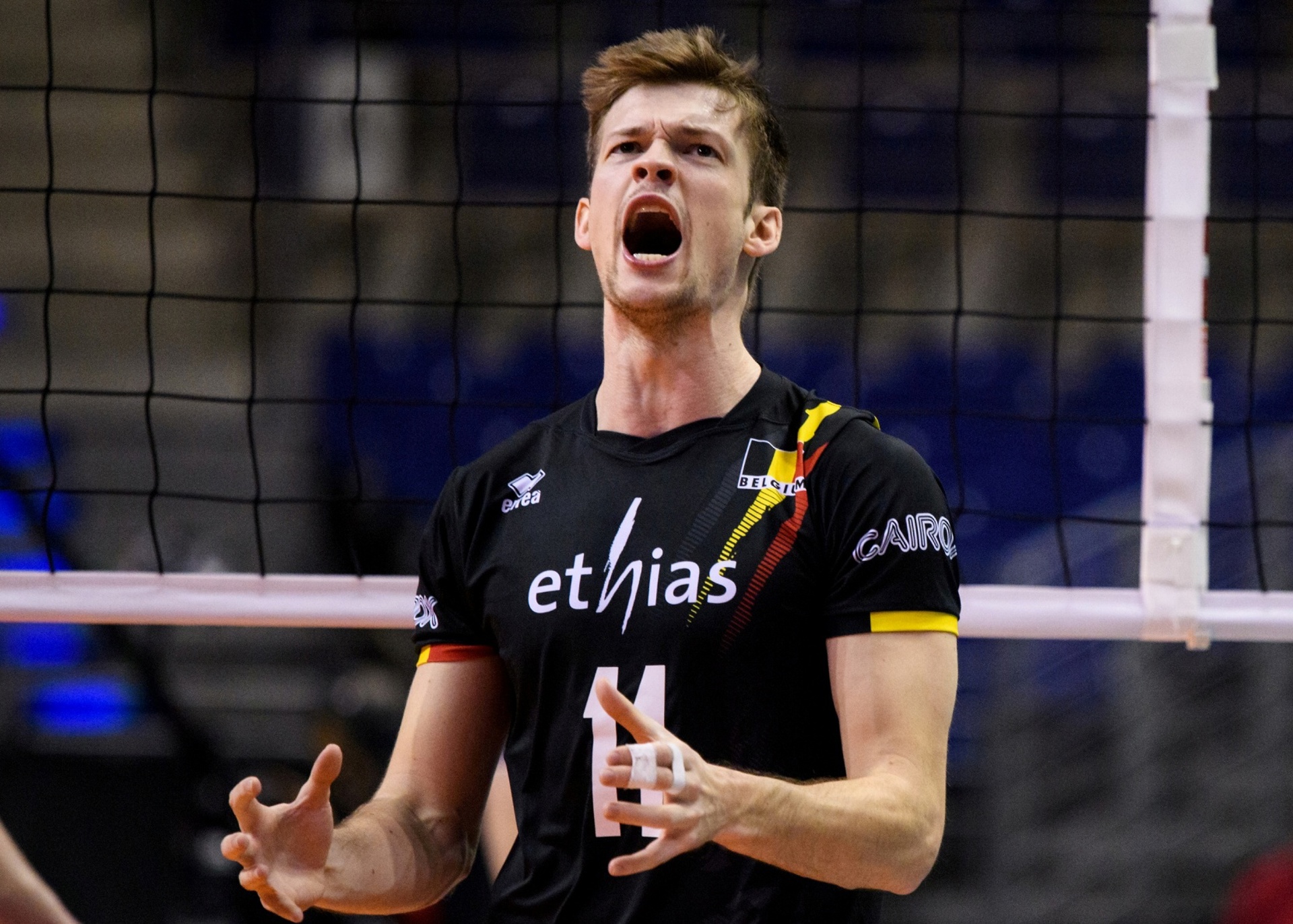 Belgium's Jolan Cox celebrates another one of his numerous points

The above-mentioned game between the Belgians and the Czechs offered the tournament high on individual scoring performance in one match and it was achieved by Belgian opposite Jolan Cox, who hammered out 41 points towards the 3-2 win. France’s opposite Jean Patry was the overall top scorer of the competition with 85 points to his name, while his German counterpart Gyorgy Grozer finished with 80, but, having taken part in one game fewer, his set average of 6.15 points was by far the best in the tournament. France scored the highest number of points as a team – 330 (41 aces, 47 blocks, 242 spikes).

The Olympic qualifier in Berlin delivered an abundance of spectacular performances from the serving line. Grozer’s eight aces against Czech Republic were the top individual achievement in a single game. Grozer also topped the overall servers chart on 11 aces, sharing that honour with Patry. The very last point of the competition also came from the serving line as Earvin Ngapeth aced the winner to send France packing for Tokyo.

14 was the highest number of aces registered by one team in a single match and it was registered by Bulgaria twice – in their Pool B victories over France and Serbia. The Lions were also responsible for the tournament record on that element as they produced as many as 44 direct serving points over the four matches played, or an average of 2.6 per set. 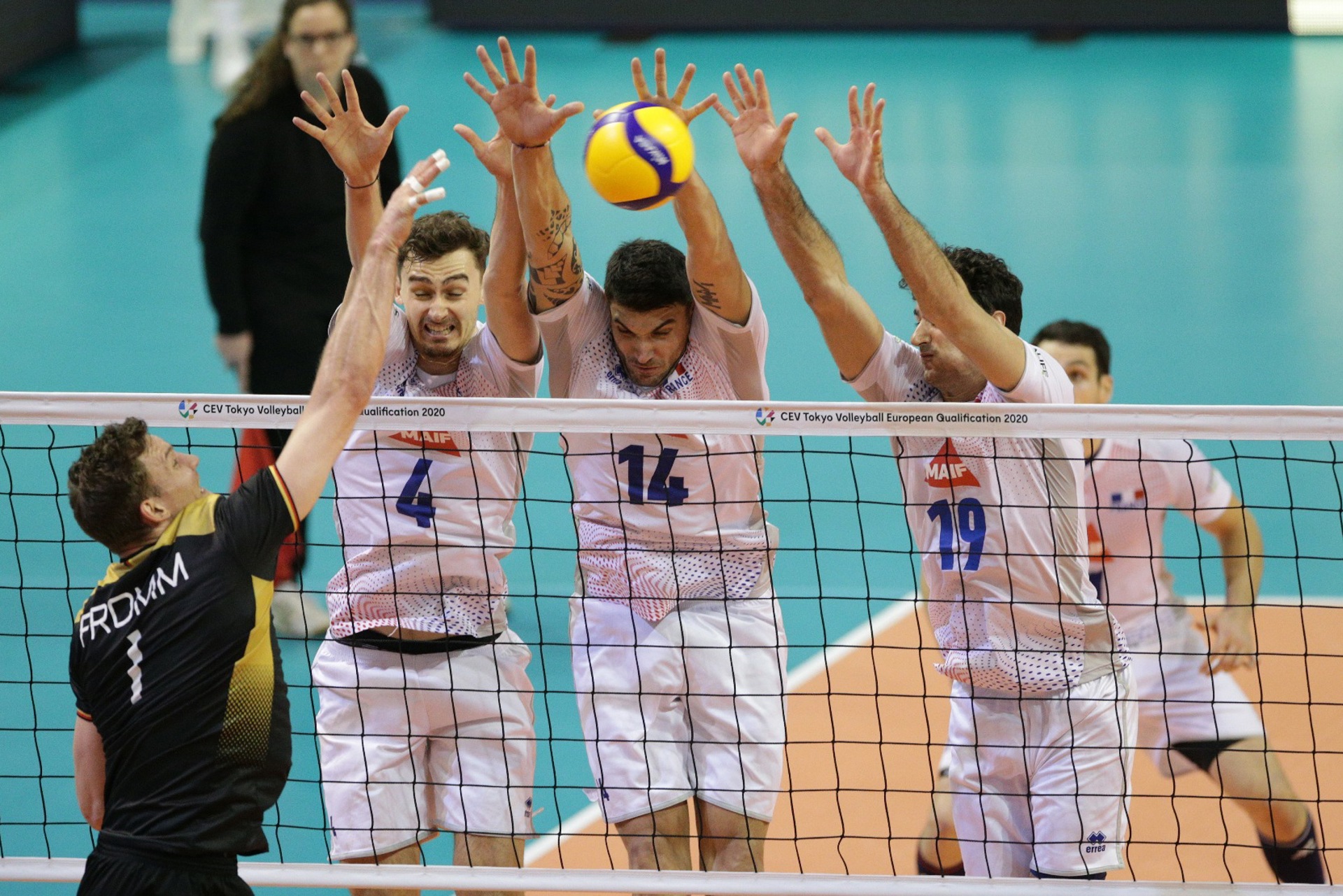 French triple block against Germany in the final

France piled up a tournament high of 15 stuff blocks in their semifinal win over Slovenia. The French were the team that scored the highest total number of blocking points, 47, while Serbia excelled with a set average of 2.9. Individually, French middle Nicolas Le Goff reached the blocking peak during the final match with Germany, contributing six kill blocks towards the cherished victory and towards his individual total of 13 across all matches, which placed him on top of the tournament’s best blockers ranking.

Serbian captain Nemanja Petric was the most successful spiker of the event. He converted 73.08% of his hitting opportunities to points. Serbia did well as a team on that element, but not as well as Germany who registered a 55.46% success rate in attack, also scoring the highest absolute number of spiking points, 254.

Finally, Slovenia were the best receiving team among the eight participants in Berlin. They did an excellent job in processing 26.07% of the opponents serves, while two of their players, Klemen Cebulj and Jani Kovacic, shared the top of the individual chart on 28.74% each.