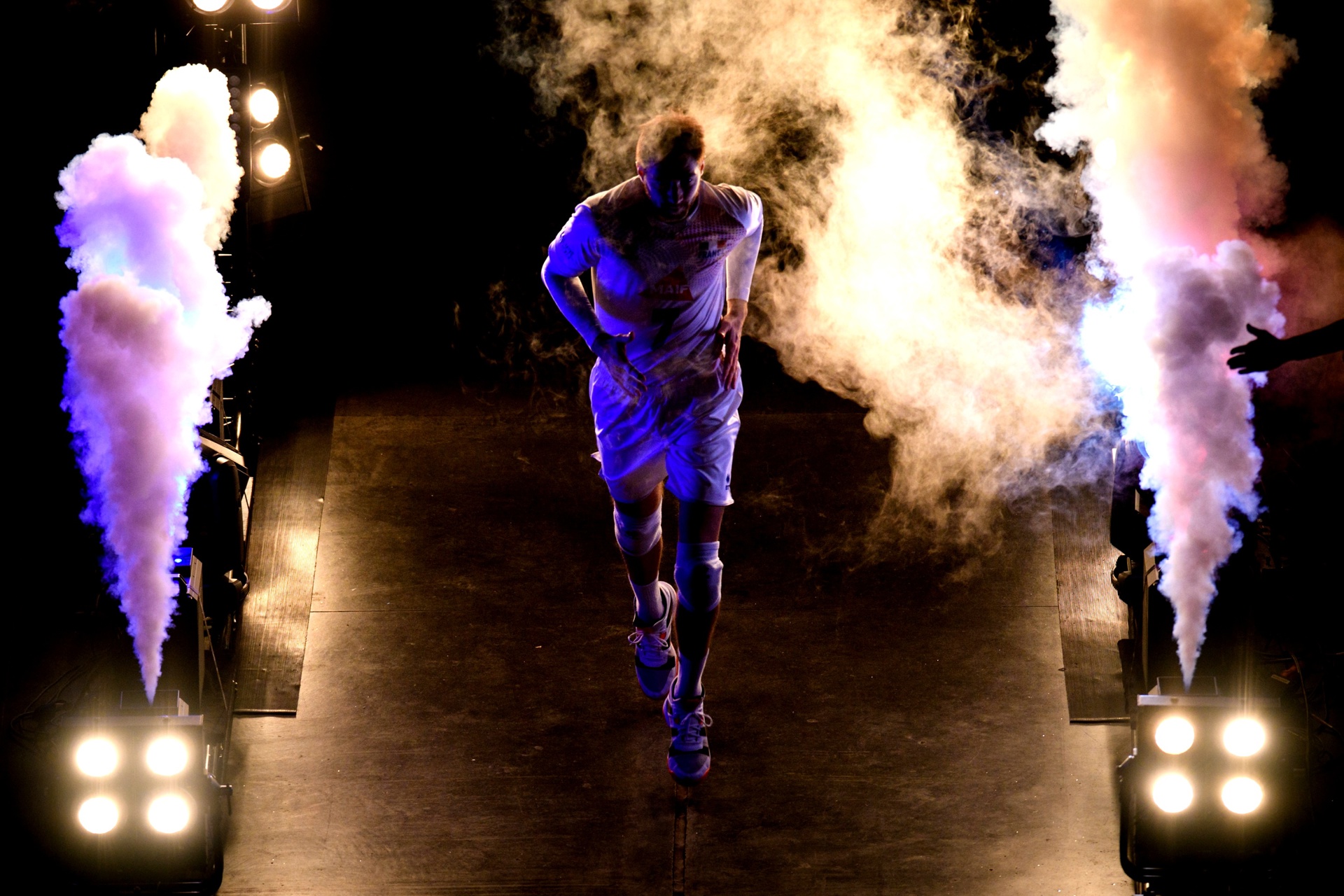 With the stellar generation they have had over the recent years, France cannot be dismissed as one of the favourites in any competition they participate in, but following the unsatisfactory for them fourth place at EuroVolley 2019 at home in Paris and the absence of some key players from the roster for the Olympic qualifier in Berlin, made their eventual triumph with the Tokyo 2020 ticket expected by some, but surprising to others.

At their first attempt at booking a trip to Tokyo, the intercontinental Olympic qualification tournament in Gdansk in August, France stumbled upon hosts and reigning world champions Poland and finished second, just below the cut-off line. Their big hopes for European Championship gold were crushed by Serbia in the Paris semifinal. Then, that same Poland in that same Paris deprived the home team from stepping on the podium, defeating them in the bronze medal match.

Making the Tokyo Games via the continental gateway became France’s next big dream, but the situation was aggravated as several big names had to be dropped from the roster. In Berlin coach Laurent Tillie could not rely on the services of Stephen Boyer, Thibault Rossard and Trevor Clevenot, while Kevin Le Roux and Julien Lyneel were only able to help the team episodically. Despite so many personnel problems, France overcame the obstacles, successfully battled their way through the ups and downs of the qualifier in the German capital and finally put their hands on that Daruma doll, symbolising their passage to the Olympics in Tokyo. In their very first match at the Max-Schmeling-Halle, Les Bleus made a straight statement that they were here to fight by delivering a straight-set upset of reigning European champions Serbia, while their new starting opposite, 23-year-old Jean Patry, exploded with a 22-point tally, showing that his young age was no vice. The unexpected success may have played a mental trick on the French players; maybe too soon they thought their job in Pool B was done, and here came the next surprise – a 2-3 defeat at the hands of Bulgaria. Still, with the point they earned, they could even afford giving their substitutes some playing time against the Netherlands and falling to the Dutch as well, and still advance to the semifinals as the pool runners-up with two lost games on their record.

Then came the semifinal against EuroVolley runners-up Slovenia. At this stage, there was no more room for mistakes. The French had crushed the Slovenes in Gdansk, but the latter seemed to be on a roll, following up their awesome EuroVolley performances in Ljubljana with strong showing in the pool stage in Berlin. When France lost the first two sets, things looked grave for the team of coach Laurent Tillie, but it was no time for giving up. With two sub-ins, setter Antoine Brizard and outside hitter Yacine Louati, on the court, France battled their way back into the match for a spectacular turnaround to a 3-2 victory, while those two deserved their spots in the starting line-up for next day’s final.

Hosts Germany had played a brilliant semifinal against Bulgaria, so before the big decider everyone expected a huge showdown with the Daruma doll at stake. And a huge showdown it was, but it lasted only three sets. All seven of Tillie’s players chosen to start this final gave their worthy contribution to the straight-set triumph – Antoine Brizard conducting the offence, Jenia Grebennikov in charge of the defence, Barthelemy Chinenyeze showing great efficiency in the middle-of-the-net attack, Nicolas Le Goff delivering the kill blocks, Jean Patry hammering the outside spikes, as well as the aces, Yacine Louati staying stable in reception, and big star Earvin Ngapeth working hard in all receiving, hitting and serving, and finally producing that sizzling ace for the winning point.

While it was clearly a great example of team effort, a look at some individual statistics shows Jean Patry as the top scorer of the tournament on a total of 85 points, the top attacker on 70 killing spikes and one of the two top servers (sharing the honour with Germany’s Gyorgy Grozer) with 11 aces. Benjamin Toniutti headed the chart for most efficient serving, while Nicolas Le Goff stuffed more blocks than anyone else in the tournament - 13.

France are heading to the Olympics for the fifth time in history and the next goal should be clear - to do better than the previous four. At their rookie appearance, at Seoul 1988, they finished eighth and it was their best result so far. At Barcelona 1992, France ended up bottom of their pool. At both Athens 2004 and Rio de Janeiro 2016, they also failed to make it beyond the pool stage, registering two wins and three losses on each occasion. As none of these results can make a team of France’s stature really proud, a much more memorable performance at Tokyo 2020 is certainly what their squad and their nation deserve and can look forward to. 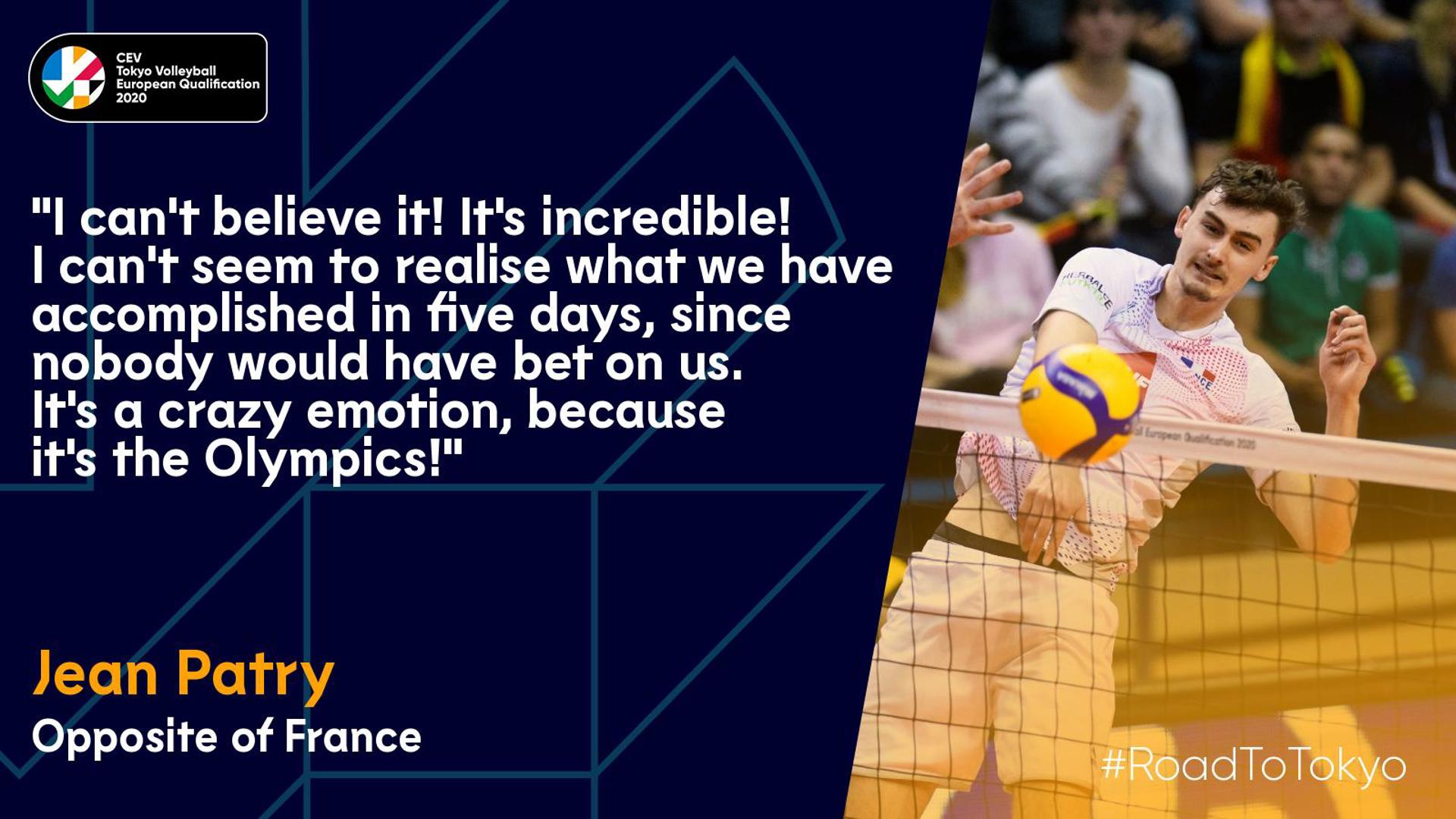